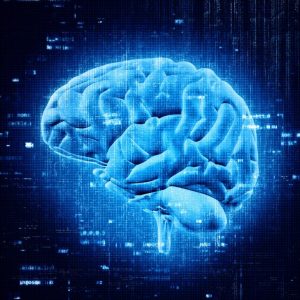 Stem cells are endowed with the capability of developing into various cell types in our system. They are able to replenish the other cells so long as the individual lives by dividing without any limit and functioning as the body’s repair system. Once any stem cell divides, every new cell can either stay as a stem cell or turn into another cell type having a more specific functionality like a brain cell or a muscle cell.

It is possible for the stem cells to be the individual’s own cells or that of a donor. While using the own stem cells of a particular individual, they are usually collected prior to radiation therapy or chemotherapy since stem cells can get damaged by these treatments. Once the treatment is over, these cells are injected back into the system.
In the following paragraphs, we mention the different neurological treatments with stem cell therapy:

PD or Parkinson’s disease indicates the malfunction as well the death of the nerve cells in our brain which are known as neurons. These neurons are affected by the ailment in a particular region of our brain which is referred to as the substantia nigra. A chemical substance known as dopamine is produced by several of these dying neurons which transmit messages to the part of our brain which controls coordination as well as movement. Eventually, the production of this chemical decreases in our brain as the disease progresses and consequently the individual is not able to control his or her movements.

At present stem cell treatment has been considered for targeting these neurons which will assist in the creation of fresh neurons that can produce dopamine. On top of this, it is possible for the stem cells to release cytokines which happen to be natural chemicals and which can bring about differentiation of the stem cells into neurons which will produce dopamine. Neurological treatments for Parkinson´s disease patients vary depending on the patient´s specific needs and requirements.

By cerebral palsy, we refer to an ailment which has been brought about by brain damage and it is usually formed in the early stages of one’s life. This disease is characterized by paralysis, involuntary movements, loss of coordination as well as motor impairment. New possibilities in the therapy of cerebral palsy have been opened up by the stem cells therapy. In fact, these stem cells can turn into fresh healthy cells which must be repaired. In this particular case, it is the brain tissue which has been damaged.

Furthermore, the stem cells meant for cerebral palsy help to reconstruct blood vessels and also enhance the circulation of blood in the areas of the brain which have been affected. We’ll obtain the most effective results by making use of the mesenchymal stem cell therapy. Neurological treatments for cerebral palsy patients vary depending on the patient´s specific needs and requirements.

The most typical cause of dementia happens to be Alzheimer’s disease. An individual affected by this condition will show indications of loss of memory or even struggling to find the correct words. With the passage of time, indications such as the mood swings or confusion can develop which can become progressively severe. We are still not certain regarding the exact cause of this particular condition; however, it has been found by researchers that people affected by this condition tend to have an abnormal buildup of particular proteins in the brain.

Eventually “plaques” are formed by one of those proteins known as amyloid beta. MSCs (mesenchymal stem cells), ASCs (Adipose-derived stem cells) separated from adipose tissue, are reputed for their ability to differentiate into multiple tissues having immune modulatory attributes just like that of MSCs from some other origin. Neurological treatments for Alzheimer´s disease patients vary depending on the patient´s specific needs and requirements.

An individual is usually affected with stroke when the supply of blood to multiple areas of our brain gets reduced or even totally blocked. The impact of the stroke will depend on the area of the brain which has been damaged and also that period of time the blockage stays. It is possible for a stroke to affect our speech, movement, memory as well as thought processes. These days many different types of conditions including stroke are treated successfully with the help of stem cell therapy program. During the treatment, the patient will usually receive approximately 200 million stem cells or even more.

Apart from covering the day to day losses, the quantity of restored cells exceeds the normal numbers by hundreds of times sometimes renewing even 20 years’ worth. Neurological treatments for stroke patients vary depending on the patient´s specific needs and requirements.

Autism refers to a neuro developmental issue which is usually described by impaired verbal as well as non-verbal communication, social interaction and repetitive behavior. The supply of oxygen and blood to the brain will be improved to a great extent by stem cell therapy which will replace the damaged neurons and encourage the formation of fresh arteries.

Eventually, these stem cells will multiply into more cells by acquiring the attributes of the surrounding cells and this will lead to the restoration of gray and white matter and eventually enhanced intellectual ability. Neurological treatments for autism vary depending on the patient´s specific needs and requirements.

MS or multiple sclerosis is an ailment which affects the nerves cells in our brain as well as the spinal cord. These nerve cells have the responsibility of carrying messages between our brain and other parts of the body which eventually enables us to do different actions. In multiple sclerosis, the nerve cells are attacked by the immune system which prevents them from functioning normally.

Being a normal repair system of the body the stem cells help to make new cells which will replace those that die or become damaged. Stem cells obtained from bone marrow are thought to be a possible treatment for this condition. Neurological treatments for MS patients vary depending on the patient´s specific needs and requirements.

Ataxia is a particular condition which makes the individuals experience problems with the coordination of their hands and fingers, arms as well as legs while speaking, walking or even moving the eyes. Although there is no approved therapy for ataxia, stem cell therapy is often considered to be the ideal one since it helps to regenerate the nerve cells of the patient that have been affected by the disease. Neurological treatments for ataxia patients vary depending on the patient´s specific needs and requirements.

One more progressive ailment of our nervous system happens to be ALS (Amyotrophic lateral sclerosis). An individual affected by this condition suffers from degeneration of the motor neurons that might lead to paralysis in the long run. Stem Cell Therapy is believed to be a surefire method for treating this condition.

Patients affected by this disease will be benefited immensely by the transplantation of stem cells since it can assist in repairing the damage which has been done to the nerve cells as well as other cellular structures within the system. Neurological treatments for ALS patients vary depending on the patient´s specific needs and requirements.