Erectile Dysfunction (ED) is a prevailing health problem that seriously impacts the quality of life of men and their partners. In the United States alone it is estimated that 30 million men suffer from ED to some degree. The penis is a vascular organ and requires the mechanisms that dictate good blood circulation to be properly functional.

The key components that are involved in generating and maintaining a good erection are:

The functional interaction of these 3 structures in conjunction with nNOS is critical for ensuring a good blood flow to the penis that ultimately manifests a good erection. Given the need for the blood flow during this response, it is clear that vascular insufficiency can decrease erectile capability. Vascular insufficiency may be a common pathology of erectile dysfunction. It is estimated that up to 80% of the cases of erectile dysfunction can be attributed at least in part to a reduced blood flow, typically due to an underlying vascular disease.

The most common causes of erectile dysfunction are:

a) Damage to nerves, arteries, smooth muscles and fibrous tissues which are often as a result of disease and aging.
b) Diseases such as diabetes, kidney disease, chronic alcoholism, multiple sclerosis, atherosclerosis, vascular disease and neurologic disease, account for about 70% of erectile dysfunction cases.
c) Between 35% and 50% of men with diabetes, experience erectile dysfunction as diabetes damages nerves and blood vessels.

Other typical causes of erectile dysfunction are:

• Metabolic syndrome (a condition which involves increased blood pressure, excess body fat around the waist and abdomen, high cholesterol and high insulin levels
• Obesity and chronic inflammation
• A low testosterone level
• Heavy use of tobacco and alcohol (and other drug abuse)
• Heart disease with high blood pressure
• Parkinson’s disease
• Neurological diseases
• Damage caused by injury or surgery to the spinal cord or pelvic area
• Peyronie’s disease (development of scar tissue)
• Medications such as: – antidepressants, antihistamines and those that are used to treat high blood pressure, pain or prostate cancer.
• Emotional or psychological causes including depression, stress, anxiety or other mental health conditions 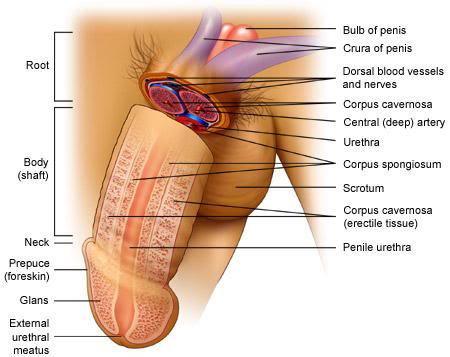 For a lot of men who suffer from ED, the taking of oral medications, such as vasodilators, is not only an inconvenience but the side effects of these drugs raise concern. Recent studies have shown that regular long term use of vasodilators (such as the little blue pill) are not the safe and effective magic bullet that they were initially hailed to be and can be linked to some serious side effects including heart attack and stroke. Furthermore, vasodilators provide only a temporary response and for some men offer little effectiveness, due to underlying endothelial damage.

At Stem Cells 21 medical center, we offer a course of erectile dysfunction stem cells injections to the erectile tissue and IV infusions that will increase the localized and circulating regenerative cell populations. This approach is designed to benefit both the structural ability to achieve an erection and to enhance your body’s natural ability to signal the processes involved.
Depending on the results achieved from this treatment, this may be followed up with an Intra Cavernous injection of Stem Cells in Conjunction with Platelet Rich Plasma (PRP).

Our treatment protocol aims at providing a long term therapy or even a permanent effect in comparison to other treatments. We achieve this by addressing:

The localized injections procedure is a simple, same day procedure.
Hormone supplementation may also be included to complement our treatments if levels are found to be low.

Results are usually apparent within 4 to 6 weeks and improve gradually over months. Patients report restored or improved functionality, providing an enhanced sexual performance with longer, firmer erections and in many cases sexual desire is reported to increase.
Expect minimal localized swelling, bruising and redness for 12-24 hours after the procedure. There can also be some pinkness.