What is Alzheimer’s disease? 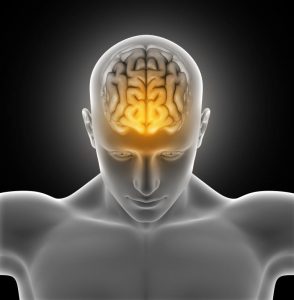 Alzheimer’s disease (AD) is the most common neurodegenerative condition that affects many different parts of the brain. The exact cause of the condition is still unclear; this is because brain tissues samples cannot be extracted from a living patient. However, medical experts have found an unusual build-up of protein in the brain namely: amyloid beta and tau that create plaques and tangles respectively. Plaques prevent communication in the body while tangles hinder cells from getting essential nutrients.
According to 2015 Alzheimer’s disease facts and figures released by Alzheimer’s Association, approximately 50 million individuals suffer from dementia with an expected global care of US $818 billion and since age and natural demographics are the predominant risk factors, this figure is set to go up to 132 million patients by 2050.

There are 2 main types of this most common cause of dementia:

1. Early onset: This type is commonly diagnosed in people who are in their 40s and 50s. People with Down syndrome are also at an increased risk for it.
2. Late-onset: This form of Alzheimer’s disease is common among people above the age of 65.

The primary symptoms of Alzheimer’s disease include:

Over time signs and symptoms are:

Who is affected by Alzheimer´s disease?

A number of risk factors have been associated with this disorder and the biggest being aging. Family history (genetics), head injuries and gender (women are more likely to be affected than men) also play a significant role. Currently, there is no complete cure for Alzheimer’s disease or a definite Alzheimer´s treatment as such, and the medication available can only manage the Alzheimer’s disease symptoms. Most of the medication used prevents acetylcholine, which is a neurotransmitter in the human brain. This is where Alzheimer’s disease stem cell therapy comes into the picture, bringing to patients an alternative method to improve conditions and overall healthier living.

1. They can reproduce themselves several times
2. They can turn into all the different types of cells needed; stem cells can produce brain cells, consequently, repair brain damage caused by dementia among other neurological diseases
3. Amyloid plaques found in the brains of patients suffering from Alzheimer’s create inflammation and stem cells can help ease the inflammation. Alzheimer’s disease pathology research

Alzheimer’s disease is characterized by 2 abnormal protein deposits in the brain and researchers working on Alzheimer´s treatment have seen tangle and plaque pathology within living model organisms like mice and monkeys. In 2007 scientists reprogrammed skin cells of the mice to make induced pluripotent stem cells (iPS). This study was further developed to reprogram adult cells in mice and reverted to stem cells which are as good as the embryonic stem (ES) cells.

Today research uses lab-grown stem cells called induced pluripotent stem (iPS) cells to examine the disease. Cells are taken from the skin of Alzheimer’s patients, reprogrammed to make iPS cells which are grown into neurons in a dish. These neurons later form both beta-amyloid and tau protein, thus presenting scientists with a great opportunity to understand how and why protein plaques and tangles are created and to test new medication and cell therapy.
Different types of brain neurons in the brain are affected by the Alzheimer’s disease hence making it challenging for doctors to replace the damaged cells.

For instance, one approach could be transplanting adult-born neural stem cells safely into the damaged area expecting they will produce new and healthy neurons but it raises questions such as:

• Production of many different types of neurons required to repair the lost/ or damaged cells
• How to get into the different damaged parts of the brain
• Executing the process in a way, it will help new neurons to fit in successfully in your brain
• Despite these challenges, researchers have actively studied stem cell transplants in mice and outstanding results shown by the studies promises a bright future to Alzheimer’s patients

Adult mesenchymal stem cells have the capability of reducing inflammation, repairing damaged cells as well as boost brain’s function like memory by producing new cells in the hippocampus. At StemCells21 international medical center we are using state-of-the-art stem cell technology to study the cause and effects of this condition and our Alzheimer’s disease stem cell therapy program is available now.